I said Yes So I Could Live My Most Passionate Life 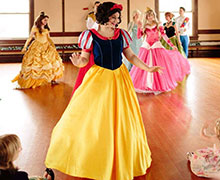 I’ve been performing in musicals since I was 6 years old. I remember my very first show was a parody of Beauty and the Beast called Beauty Lou and the Country Beast. I had the opportunity to sing a whole bunch of songs during a whole musical and I immediately loved it. After that, I started singing and acting in community theater and was always in shows at school – most of them were musicals, too.

About four years ago, I was hanging out in my kitchen singing a song from the movie Frozen. All of a sudden, it was like a switch flipped off in my brain – I went completely tone deaf, couldn’t sing and couldn’t process the words in time with the music. That continued to happen here and there, but it never affected my performances, so I didn’t worry about it too much. I would just sit down and wait until the strange feeling passed, which usually took a couple minutes. However, after each one of these episodes, I was completely drained of energy and the exhaustion made me not want to sing.

“I remember thinking it seemed sort of a cruel, sick joke that it would happen to the part of my brain that affects the thing I’m most passionate about.” 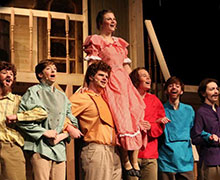 Then it started to get much worse. My left foot would go numb – and eventually so did the left side of my face. Sometimes I felt like I could hear a ringing in my left ear. It seemed completely random until I was in a show called Godspell and it started happening every night during one specific song called “Alas for You.” It wasn’t even a song I was singing; I was just sitting in the back. I knew it was time to talk to my mom about seeing a doctor because I didn’t want this to happen on stage during a show when I was the one singing. 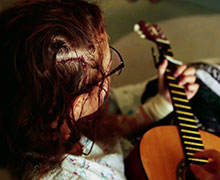 I underwent an MRI, which showed a marble-sized tumor was embedded in my temporal lobe – the very spot that controls my singing. I remember thinking it seemed sort of a cruel, sick joke that it would happen to the part of my brain that affects the thing I’m most passionate about. The doctors confirmed that these odd moments when I would go tone deaf were actually seizures and the tumor needed to be surgically removed.

An Extraordinary Plan to Save a Passionate Life

The whole neurosciences team at Seattle Children’s knew how important singing is to me. Instead of doing their best and hoping I would come out of surgery still able to sing, they came up with a plan to wake me up in the operating room and have me sing during my brain surgery! I chose to sing “Island in the Sun” by Weezer while the team did different things to stimulate the brain tissue around the tumor. This way, they could test whether or not the tumor could be removed without affecting my ability to sing.

Everyone kept telling me how brave I was, but I think Dr. Jason Hauptman was the bravest of all – he was the one poking my brain! Because of the novel surgery Dr. Hauptman and his colleagues performed, they not only saved my life but also saved the performing life I’ve loved since I was 6 years old.

“Because of the novel surgery Dr. Hauptman and his colleagues performed, they not only saved my life but also saved the performing life I’ve loved since I was 6 years old.” 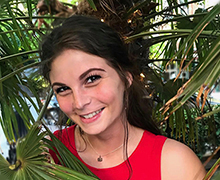 Music therapist David Knott worked with me to do “music mapping” tests during the surgery. I listened to short rhythms and melodies and then sang them back to him while the neurosurgery team directed short bursts of electricity to specific parts of my brain – the parts that are responsible for my ability to both listen to and make music.

After my surgery, David transposed the song I had sung, “Island in the Sun,” into four different keys and had me sing each one. He said I did great: I nailed it! This all happened only 48 hours after my “awake craniotomy,” which seems pretty amazing.

From the nurses to the surgeons to the specialists, I am so thankful for my entire care team. Thank you, Seattle Children’s, for everything.