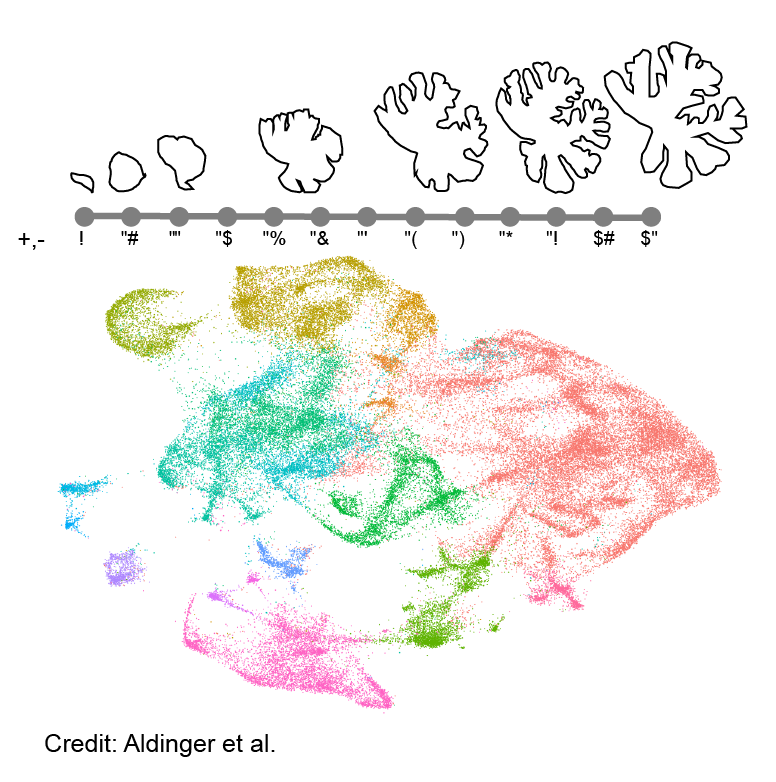 Read this article in Nature Neuroscience.

What are the significant findings included this paper?

Our most recent paper describes the first-ever cellular and molecular “parts list” of the developing human cerebellum. The cerebellum is a part of the brain central to motor function, cognition, emotional regulation and language. A number of neurodevelopmental disorders involve the cerebellum, including congenital malformations, autism and cerebellar pediatric cancer, Medulloblastoma, the most common brain cancer in kids.

What does this research tell us that we didn’t know before?

This is a follow-up to our prior landmark study (DOI: 10.1126/science.aax7526) showing that the human cerebellum has unique ways of developing that’s not shared by animal models. In this previous study, we showed that the human developing cerebellum has unique stem cells and developmental programs that we were not aware of. These are so dissimilar from well-known developmental biology of animal models, that their very existence throws into question our animal-based explanations about the developmental events that cause human cerebellar birth defects and cerebellar cancers, like Medulloblastoma.

What are the broad implications of this research?

It is hard to model what we don't know. Data of developing human cerebellum data was not available, but we now know that human cerebellar development is quite different from that of animals.

Now that we have the first cellular and molecular parts list for the developing cerebellum, we can reassess our models of disease to find the causes in humans and leverage those for therapies. Our team and other researchers are already reevaluating their theories about the origins of cerebellar neurodevelopmental disorders.

What are the next steps for this research?

We have already determined that we can distinguish the different developmental events that can cause two cerebellar birth defects (cerebellar vermis hypoplasia and Dandy-Walker malformation). Now, we are working to define better diagnostic parameters. Better diagnosis can lead to better targeted treatments.

Additionally, we are also working to identify the cells of origin of Medulloblastoma tumors. Once we identify the cells and molecular programs that go awry, we can identify treatments to specifically target these cancer stem cells to stop tumor growth.

Long term goal: Once we have a better understanding of human biology, we can build human relevant disease models. These will include using human stem cells in culture to generate human cerebellar neurons to use as drug testing platforms to define better treatment options.