Tuberculosis (TB) is one of the leading causes of death in human history. Even today, TB kills more than 1 million people every year, and an effective vaccine is urgently needed. The primary goal of the Urdahl Lab is to perform fundamental research into the immune response to TB that will help inform the rational design of a new and effective vaccine.

Despite efforts to prevent TB through widespread immunization with the BCG vaccine, TB remains one of the leading infectious killers worldwide. The development of an efficacious vaccine is hampered by our poor understanding of the fundamental reasons why the causative agent, Mycobacterium tuberculosis (Mtb), persists in the host in the face of an apparently robust immune response. Although T cells, especially IFN-γ-producing CD4 T cells, are clearly important for protection, their ability to eradicate Mtb is subject to limitations. Importantly, the T cell response to TB is exceedingly slow, and the Urdahl Lab has shown that Foxp3-expressing regulatory T cells (Tregs) restrict the initiation of the T cell response and delay effector T cell arrival at the primary site of infection in the lung. The lab is currently working to understand why late-arriving T cells are severely limited in their capacity to curb TB. They have found that the most potent IFN-γ-producing T cells are excluded from the site of infection in the lung parenchyma and reside instead in the lung vasculature. Conversely, many of the T cells present in the lung parenchyma rapidly lose their functional and protective capacities as chronic infection progresses. They are currently studying how T cells localize to the lung both before and during Mtb infection. They seek to discern whether lung-resident T cells have the capacity to curb Mtb before chronic infection is established. Using systems approaches, they also aim to identify host molecular networks that restrict T cell function during chronic infection. Overall, they seek to inform new approaches for vaccine design that overcome these barriers to TB immunity by eliciting protective T cell responses that localize to the lung and are durable.

The Researchers from the Center for Global Infectious Disease Research (CGIDR) have been awarded a grant from the National Institute of Allergy and Infectious Diseases, one of the U.S. National Institutes of Health, to take a systems-level approach to the critical problem of tuberculosis (TB) infection, specifically focusing on the progression from infection to disease, and variability of treatment. The research ultimately seeks to catalyze new, transformative interventions, such as diagnostics, drugs and vaccines. 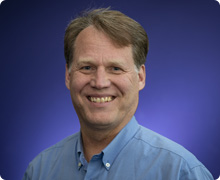