Welcome to the Kaushansky Lab

Infectious diseases remain a substantial cause of mortality around the world. This is particularly true in resource-poor areas, where access to treatment is sparse and people fight a multitude of infections simultaneously. In these places, prevention and treatment of infection is even more challenging. In the case of malaria, hundreds of millions are infected every year, and the disease takes the lives of half a million people annually. Yet the malaria parasite and other infectious diseases that burden the world cannot survive independently. To cause sickness and travel through the population, they must appropriate resources from the people they infect. Our work aims to identify what pathogens need from their host and use this knowledge to prevent and eliminate infectious diseases.

When malaria parasites are transmitted from mosquito to human, they are first deposited into the skin, then quickly travel to the liver. In the liver, each parasite replicates tens of thousands of times within the confines of a single hepatocyte. During this stage of infection, the parasite causes no clinical symptoms, yet elimination of the parasite in the liver prevents disease and transmission and can even elicit sterile immunity from subsequent infection. Failure to stop the parasite during the liver stage leads to the release of parasites into the bloodstream. When in the bloodstream, parasites infect red blood cells and cause the clinical symptoms of malaria, including severe fever, anemia, organ failure, coma and even death.

Our research is driven by a deep curiosity about the fundamental properties by which pathogens control their hosts. We are inspired to focus our efforts on malaria and other infectious disease because of their massive worldwide impact. By identifying specific needs that the malaria parasite has in the liver, we can target these host factors with drugs, and eliminate the malaria parasite.

Many of the host factors the malaria parasite uses in the liver are already the subject of well-established drug development efforts. Targeting host factors which impact the parasite is far less likely to lead to the development of drug-resistant parasites. This approach is in sharp contrast to existing antimalarial drugs, which target the malaria parasite directly, and thus require de novo development. The host-targeted approach is particularly well-suited to malaria, which afflicts people who, on average, live on two dollars a day, and to which drug resistance is widespread.

Infectious diseases are often studied in isolation, using different experimental platforms. Yet, in the field, people are often infected with many infectious diseases simultaneously. Conventional experimental design cannot compare and contrast how divergent pathogens impact their hosts. Traditional approaches also generally fail to describe how divergent pathogens interact on a molecular level. We are developing technologies that allow us to monitor the changes that occur in response to a variety of infectious diseases. Our goal is two-fold: to better understand how pathogens interact during co-infection and identify ways to eliminate multiple pathogens with a single drug regimen.

Our work and the work of colleagues critically depend on malaria parasite infection in mosquitoes and production of sporozoites for lab experiments. We maintain state-of-the-art insectaries that breed and house Anopheles mosquitoes. Mosquitoes are infected with rodent malaria parasites and with Plasmodium falciparum, which are maintained under safe containment conditions. Malaria parasite mosquito stages are then isolated and used for experimentation. Infected mosquitoes are also used for malaria challenge studies of human volunteers in our Malaria Clinical Trials Center. Learn more.

Our Best Hope in Fighting Global Disease Is Open Collaboration

Dr. Alexis Kaushansky is a research biologist, but her experience in engineering school and social justice issues before grad school has made her a scientist who looks at social and economic constraints as a path to creativity. She has implemented innovative techniques and made some startling discoveries in the quest for a malaria cure, discoveries that might help us fight other infectious diseases as well.

What makes a particular hepatocyte attractive to the malaria parasite?

A new study in Cell Reports led by Drs. Alexis Kaushansky and Elizabeth Glennon found that higher levels of RPS6 are associated with susceptibility to infection. Read more from Science in Seattle.

Opportunities for Host-Targeted Therapies for Malaria

Cell Press announces one of the best reviews published in 2018 is from Alexis Kaushansky and her colleagues which describes host factors and dependencies that contribute to malaria pathogenesis during various parasite life cycle stages and their potentials for host-targeted therapies. Read more. 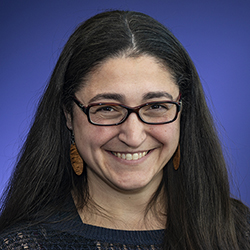 Alexis Kaushansky, PhD, is an associate professor at the Center for Global Infectious Disease Research. She received her BS in chemistry from Harvey Mudd College in 2004, and her PhD from Harvard University in 2010. During her PhD, she trained with Dr. Gavin MacBeath, where she was fortunate to work as part of an interdisciplinary team that included chemists, computer scientists and biologists to develop protein array technology, and apply this approach to understanding the molecular changes that occur in cancer. She joined Dr. Stefan Kappe’s group as a postdoctoral fellow in 2010 to use similar technologies to uncover changes that occur in the liver in response to malaria infection. In 2015, she started a lab at the center which is focused on discovering how pathogens, such as malaria, interact with their human host, and using this knowledge to eliminate infection. Outside of work, she enjoys running, cooking, traveling and debating current events.

For questions or inquiries,
email: alexis.kaushansky@seattlechildrens.org