Research in the Stuart Lab is focused on protozoan pathogens and the diseases that they cause. These include malaria which is caused by Plasmodium parasites and Human African Trypanosomiasis (sleeping sickness), Chagas disease and Leishmaniasis that are caused by three Trypanosomatid parasites. The lab investigates molecular and cellular processes of the parasites and immune responses to infection and vaccines in order to develop drugs, vaccines and diagnostics that are needed.

The Stuart Lab leads a multi-institutional U19 research program on human immune responses to malaria and HIV infection and vaccination, which is part of the NIH Human Immunology Project Consortium. The lab is focused on immune profiling and systems biology approaches in immunology to study the human immune responses to Plasmodium falciparum infection and subunit and attenuated malaria vaccines. Insights gained from this research will have potential for impacting strategies for vaccine development and for treating immune-related diseases more broadly.

RNA editing is essential to the survival of Trypanosomatid pathogens but it does not occur in humans and is thus a source of targets for the development of anti-parasitic drugs. Research in the lab on editing has also stimulated discoveries on different types of RNA editing of medical importance, including in humans. The lab determined the molecular mechanism of editing, identified and characterized the molecular machinery, showed that it is essential in the disease stage and validated several of its components as therapeutic targets. Current studies are characterizing the structure and functions of multiple proteins of the editing machinery in detail to aid drug development. It is investigating differential regulation of editing during parasite development which along with structure/function studies of the multiprotein complexes that perform editing will add to fundamental understanding of complex biological processes.

The lab is using a cell-wide systems biology approach to elucidate critical cellular processes in Trypanosomatid parasites that can be exploited for the development of drugs against three related parasites: Trypanosoma brucei, T. cruzi and Leishmania species. The lab played a leading role in forming the consortium that sequenced and annotated the genomes of these parasitic pathogens; extended this work through high-throughput proteomic and functional genetic studies; identified and validated many drug targets; and created a consortium to develop drugs for these parasitic diseases. The studies include collaborations with medicinal chemists who test numerous compounds for their activity against the drug targets and their potential for development into drugs that may move onto clinical trials.

The lab pioneered research on the process of antigenic variation in trypanosomes, which these parasites use to evade elimination by the immune system, thus preventing the development of a vaccine. The lab discovered a molecular system that controls the expression of hundreds of surface protein genes in a stage where the parasites only produce one of these at a time. It showed that certain metabolites control both the expression of the genes and antigenic switching via complex epigenetic processes that include intracellular signaling and chromatin reorganization. It also showed that this molecular system controls numerous cellular processes during cell development in a coordinated fashion. The lab showed that the components of the system are conserved from Protozoa through humans and have expanded and diverged in the higher, probably to control the more complex processes in multicellular organisms. 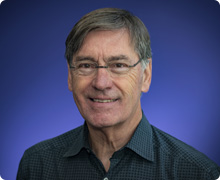 Ken Stuart, PhD, is a professor in the Center of Global Infectious Disease Research at Seattle Children’s Research Institute, an affiliate professor of Global Health at the University of Washington where he chaired the Department of Pathobiology (1996 to 2004) and an affiliate investigator in the Vaccine and Infectious Disease Division at the Fred Hutchinson Research Cancer Center. He received a BA in biology from Northeastern University, Boston (1963), a MA in biology from Wesleyan University, Middletown, Connecticut (1965) and a PhD in zoology from the University of Iowa, Iowa City (1969). He received Postdoctoral training in biochemistry at the National Institute for Medical Research, London (1969 to 1970) and SUNY Stony Brook (1970  to 1972) before becoming an assistant professor of biology at the University of South Florida (1972 to 1976) prior to moving to Washington in 1976 when he founded the Seattle Biomedical Research Institute (dba the Center for Infectious Disease Research). He is an expert on the molecular and cell biology of parasitic pathogens and is known for his groundbreaking studies of RNA editing, a novel fundamental genetic process. He led a consortium for the discovery of drugs for parasitic diseases and was a leader in an international consortium that sequenced and interpreted the genomes of three related parasites and currently leads a multi-institutional project studying human immune responses to malaria and HIV vaccines.