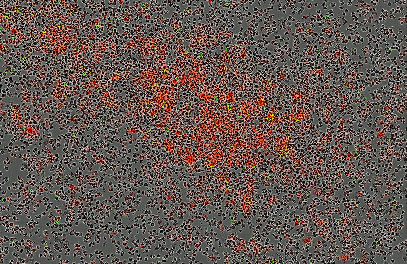 Leukemia tumors employ a number of tricks to stop T cells from working. A protein molecule on the surface of cancer cells connects with a protein receptor on T cells to dampen T cells’ natural ability to combat cancer. In essence, the cancer protein sends a highly effective “shut off” signal to T cells, enabling the cancer cells to escape T cell-mediated killing. Our work takes a piece of the existing T cell protein, the part that reads the “shut off” signal, and fuses it to a piece from another protein that gives the T cells a “boost.” This creates a chimeric protein, or switch receptor (SR), that tells the T cell to ignore the “shut off” signal and instead, ramp up its activity.

Specifically, our team has been developing a CD200R, Fas, and SIRPα SRs to improve in vivo anti-tumoral T-cell function against acute myeloid leukemia (AML). CD200R/CD200 is a cellular receptor/ligand pair that has been identified as being able to mediate the message pathways between tumor cells and T cells. We used our modified T cells to treat immunocompetent mice with disseminated leukemia and achieved dramatic improvement in T cell survival rate, from 40% survival without FP to 89% survival when treated with CD200R-CD28 modified T cells. We have also evaluated the CD200R-CD28 FP in human T cells for future clinical trials and demonstrated enhanced anti-tumor function as well as increased eradication of patient AML cells.