One Bite Closer to a Malaria Vaccine 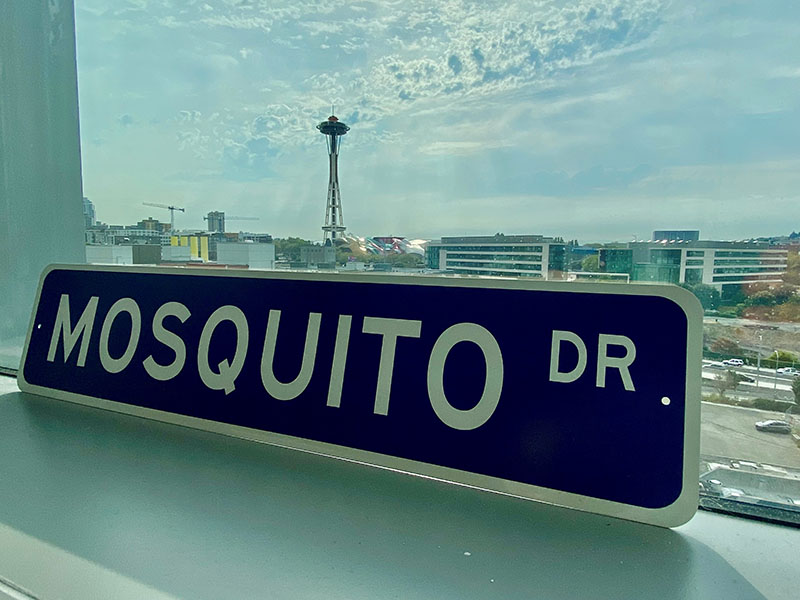 Every 60 seconds, someone dies from malaria — mostly children in Sub-Saharan Africa. Malaria is a parasitic disease and one of the leading causes of child mortality, killing about half a million children annually. But an experimental malaria vaccine created by a team at Seattle Children’s Research Institute’s Center for Global Infectious Disease Research may hold the key to changing those statistics.

In a small clinical trial that took place at the center’s 307 Westlake facility — one of only four sites in the world set up for this type of research — the researchers found their vaccine of living malaria parasites weakened with three gene deletions protected half of the trial participants from malaria infection.

Their proof-of-concept findings, produced with collaborators at the University of Washington School of Medicine and Kaiser Permanente Washington Health Research Institute, were published in Science Translational Medicine and featured on the journal cover.

Since creating an injectable vaccine was too costly and time-intensive at this stage of the research, the scientists vaccinated the study volunteers by mosquito — allowing them to be bitten at least 200 times over three to five visits by mosquitoes infected with the modified parasite. When they were later exposed to mosquitoes infected with unmodified parasites, 50% of these volunteers didn't develop blood-stage infections.

The researchers believe live vaccines of this kind will produce better protection than those based on single proteins, such as the RTS,S malaria vaccine approved in 2021, because they stimulate broader and more protective immune responses.

“RTS,S is a subunit vaccine so the immune system responds to the one antigen, whereas our vaccine — because it's a genetically attenuated live parasite — expresses thousands of antigens,” said the study’s co-first author Dr. Ashley Vaughan, principal investigator and assistant professor of pediatrics at the University of Washington School of Medicine. “So you will get an immune response to many of those antigens, and because it's so broad, it’s more likely to be protective.”

While the RTS,S vaccine reduces incidence of malaria disease, there is little evidence it prevents people from getting infected altogether.

With safety and efficacy of the genetically engineered whole parasite vaccine established, the labs of Vaughan and Dr. Stefan Kappe, principal investigator and professor of pediatrics at the University of Washington School of Medicine, are currently developing an improved version of the vaccine that has new features predicted to stimulate an even more protective immune response.

“We hope to initiate a clinical trial with an injectable version of our newest vaccine version in 2023,” said Vaughan of their collaboration with Maryland-based biotech Sanaria. “They have done a stellar job of carrying out clinical trials with vaccines in the U.S. and Africa, so Sanaria is an absolutely wonderful partner in our efforts to get genetically engineered parasite vaccines into the field.”

The candidate vaccine is the culmination of research begun by Kappe in 2005. Three labs in the Center for Global Infectious Disease Research contributed to this efficacy study: Kappe’s team engineered the PfGAP3KO vaccine (Kappe first invented this type of vaccine); Dr. Noah Sather’s lab generated numerous antibodies used to look at immune response after vaccination; and Vaughan’s lab created the parasite-infected mosquitoes used in the trial.

Kappe and Vaughan conducted the trial with Dr. Sean Murphy, associate professor of laboratory medicine and pathology at the University of Washington School of Medicine. In addition to the principal investigators, Seattle Children’s Nelly Camargo, Sudhir Kumar, Will Betz and Janna Armstrong (all of the Kappe Lab) and Tracie Mankowski (Office of Research Integrity) contributed to the findings. The research was funded by the National Institutes of Health.