Mitochondrial diseases are highly varied, arising from mutations in hundreds of genes, and can lead to cellular damage in affected tissues. One of the most common forms of mitochondrial disease is Leigh Syndrome (LS), a progressive neurodegenerative disorder that is characterized by developmental delay, movement disorders, and ultimately death. Progressive lesions in the brainstem and cerebellum are the hallmarks of the encephalopathy. Most patients with LS exhibit symptoms as infants, and die within a year of diagnosis, as there is no cure. The poor prognosis for this disease drives scientists to search for underlying pathways that might allow interventions to be introduced. 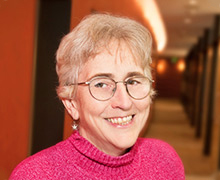 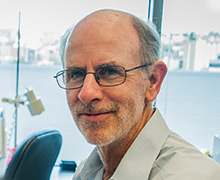 One field of work conducted by Drs. Sedensky and Morgan involves the use of a novel mouse model of LS to understand disease progression and potential therapeutic targets. This mouse model of LS, in which a complex I subunit, NDUFS4, is knocked out, recapitulates symptoms seen in human patients diagnosed with mutations in Ndufs4, as well as other LS-associated mutations. Significant findings have included varying levels of brain abnormality in different regions, presenting an unprecedented opportunity to understand the mechanisms by which complex I dysfunction produces region-specific progressive neurodegeneration.

Work by Drs. Sedensky and Morgan has shown that mitochondrial function in LS cases is localized to specific CNS regions, leaving many regions of the brain unaffected. Electrophysiologic studies have shown an increase in synaptic excitatory signaling in the hippocampus of the Ndufs4(KO) mouse. In addition, restriction of the mutation to glutamatergic cell specific expression recapitulates the pattern of the total KO, while GABAergic and cholinergic expression do not. Work by this group has also shown that treatment of Ndufs4 with rapamycin alleviates CNS damage in a manner consistent with metabolic effects rather than inflammatory pathways. The rapamycin target (mTOR) is known to rescue glutamate toxicity.

While rapamycin is not advised for sustained use, and is even more risky when used in pediatric patients, the ability to reduce CNS damage by mTOR suppression is a valuable step in developing long-term treatment options for LS patients. Moving forward, Drs. Sedensky and Morgan are interested in understanding cellular changes due to dysfunction of Ndufs4, and identifying additional targets that can help restore function.