After infecting humans via mosquito bite transmission, malaria parasites move to the liver, replicate within liver cells, and then move to the blood to infect red blood cells. From the symptomatic blood stage, they are acquired again by mosquitoes. The most lethal cases of malaria are caused by Plasmodium falciparum. However, the most prevalent malaria parasite is P. vivax, which has a dormant liver form that can activate years after initial infection, causing a relapse of blood-stage disease. Dr. Kappe, the associate director of the Center for Global Infectious Disease Research, conducts fundamental and translational research to prevent and eliminate malaria. 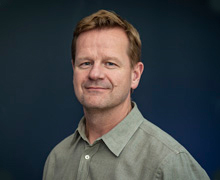 The Kappe group developed genetically attenuated parasites (GAPs) that are versions of P. falciparum that arrest in the liver stage. Phase I clinical trial results show that GAPs do not progress to the blood or cause malaria, are safe for humans, and generate an immune response involving both antibodies and T cells. Clinical trials are underway to determine if this response protects against challenge with infectious P. falciparum.

The Kappe laboratory is analyzing antibodies and immune cells from people in the clinical trials who are immunized with GAPs. The data could reveal potential subunit vaccine targets for malaria prevention. Characterization of antibodies associated with a strong anti-parasite response could be useful to develop monoclonal antibodies for passive immune protection against malaria. Analysis of T cells associated with immunity could determine new subunit targets for a T cell-based vaccine that prevents infection.

The Kappe group is also investigating drugs against P. vivax-caused malaria. Most cases of blood-stage P. vivax disease result from re-activation of dormant parasites in the liver. Effective drugs could eliminate this reservoir of infection. For this drug discovery work, the Kappe lab uses a mouse model with human hepatocytes and human red blood cells that replicates the full Plasmodium cycle including the P. vivax dormant stage. Dr. Kappe is interested in collaborating with industry partners on further development, production, storage, and delivery of malaria vaccines, assay development and preclinical drug testing.