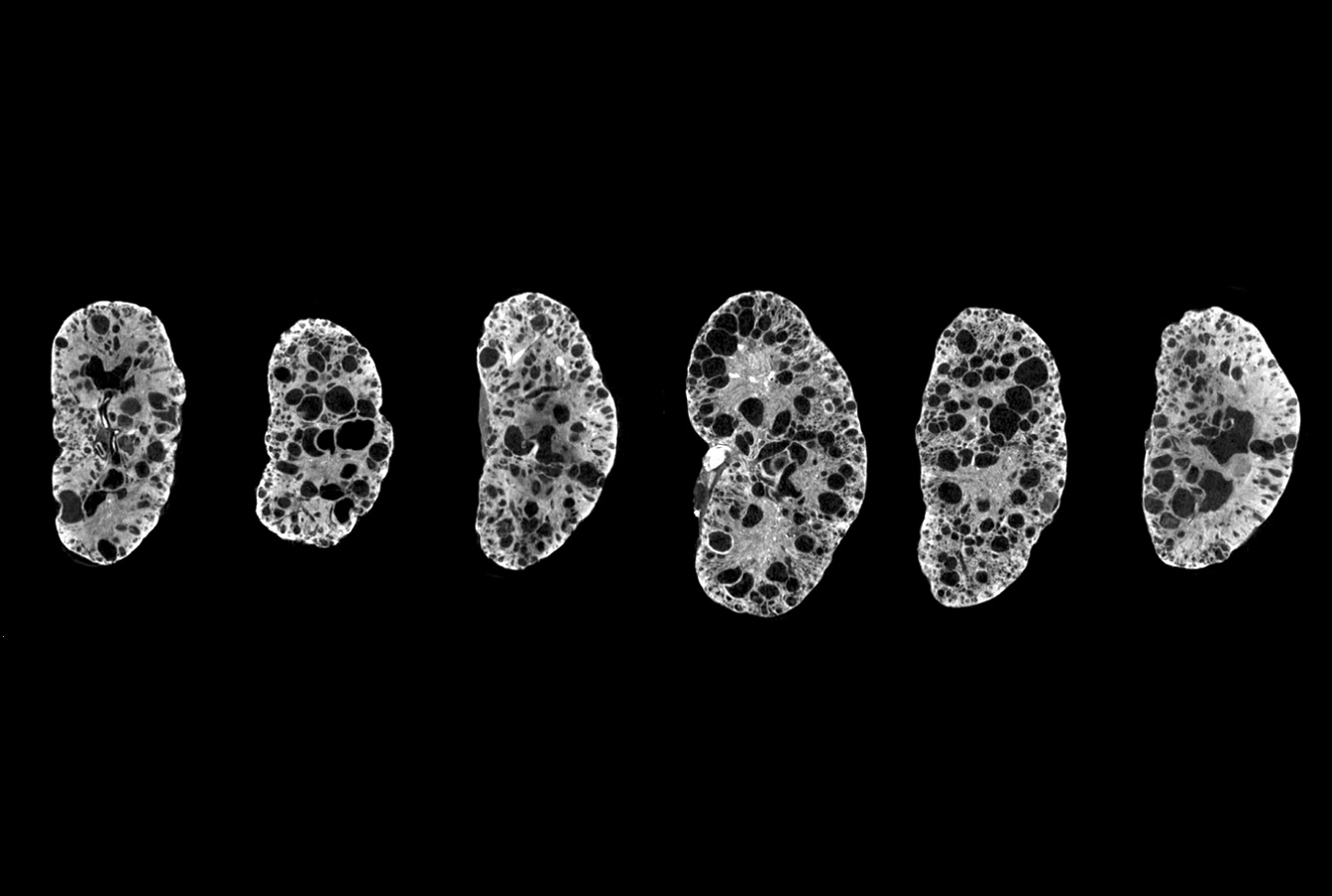 Several of our positional cloning efforts have uncovered genes that play in cilial physiology. For example, Nek8, which is required for normal left-right patterning and which is associated with a cystic kidney disorder, is the only kinase reported to localize to the cilial axoneme. Ttc21b is a component of a complex of proteins that mediate retrograde intraflagellar transport, and our analysis of a conditional mutant have implicated hedgehog signaling in kidney cystogenesis. Other cilial genes we have identified have been implicated in craniofacial development and hydrocephalus.

While the mutants we have studied are useful models, the most common causes of cystic kidney disease in humans are due to mutations in the polycystins PC1 and PC2. Despite many years of study, the pathological mechanism of these disorders is not understood. Null mutations in these genes are embryonic lethal in mice; however, an engineered hypomorphic mutant shows progressive cystic disease in adult mice that provides an important experimental model (Hopp et al., J. Clinical Investigation, 2012). We are studying this line and our other cystic kidney mutants using methods including single-cell RNA sequencing analysis in order to assess the earliest events that occur in this disorder.

A major focus of the lab has been screening ENU-mutagenized mice for defects in organ development.

We have endeavored to apply new technologies to fundamental questions of biology.