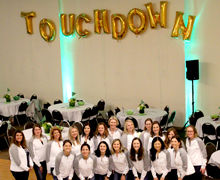 Daughters’ Guild members at the 2019 Touchdown for Tots auction.

When the pandemic pushed the Daughters’ Guild to hold its annual sports-themed auction online, its members came together like the pro teams they admire to excel in this new virtual realm and raised $67,000 for uncompensated care! Here’s some advice from the guild’s founder and president Jennifer Boyeson Davis.

Greater Giving worked so well that they’d use it again, even for an in-person event. Participants liked seeing the names of those they are bidding against, you can pre-program text reminders, and bidders receive a text when they are outbid and when they win. Plus, it’s super easy to list and price items as well as make last-minute changes to listings.

Davis had the auction emcee prerecord a patient interview that felt live.

The guild borrowed a play from the Project Kids’ Cancer Cure Guild by hiring a local band to perform sports-related songs at intermission.

Members created a welcome video by filming themselves on their phones at home sharing why they say yes to Seattle Children’s. It was a big hit with the mainly friends and family audience.

For future online auctions, the guild will use one platform instead of two because there was a time lag of eight seconds between Facebook Live and Twitch – which isn’t a lot unless you’re a vying for a signed Ken Griffey Jr. bat!

Run Is Virtual – Hope Is Real 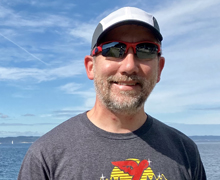 After completing his production duties, Hirschler went home, put on his race T-shirt and ran his own Run of Hope 5K – the first time he was able to participate in a race he’s co-chaired for 12 years.

Michael Hirschler, co-chair of the Pediatric Brain Tumor Research Guild’s Run of Hope Seattle, and his event planning team realized early on that the race would need to go virtual in 2020 because many of their participants are immunocompromised. Their hard work and planning paid off as 759 runners and walkers crossed their personal finish lines to help the guild raise more than $480,000! Here are a few ideas from the race planning team.

Registrants were mailed a race package that included the virtual run T-shirt, a running bib with a blank to fill in who you are running for and a custom face mask designed by brain tumor survivor Avery Berg.

Participants were encouraged to post photos of themselves to social media wearing Run of Hope swag with the hashtag #runofhope2020, which resulted in an awesome collection of event photos from around the country. 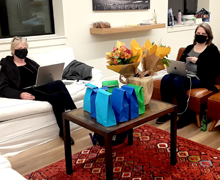 Mitochondrial Research Guild president Diane Nielsen and event chair Heather Owens did their homework before their first virtual event, the Mito Cocktail Party. They studied the Guild Association’s expert tips, watched YouTube videos about online auctions and took notes at online fundraisers they attended. Their team’s hard work paid off as they raised more than $150,000 for mitochondrial research and drew a large audience made up of 35% new guests. They also faced a few technological hurdles and, overall, would “keep it simpler” next time.

Things they learned that will improve future online auctions include:

Things that worked well for their auction include: 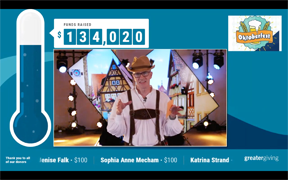 The Frances W. Nordstrom Guild’s Oktoberfest party and auction played off a popular beer-hall theme and raised more than $190,000 for Seattle Children’s uncompensated care! Event co-chair Jessica McKeown is pleased with the guild’s first attempt to “bring the party to the guests,” and would keep the following ideas in mind when planning future online fundraisers.

Because vendors and supplies are pinched due to COVID-19, start planning well in advance.

The guild’s fun themed party boxes – mailed to guests in advance – were a hit, but next time guild members would include less souvenir swag (like beer steins) and no perishable food. A beer delivery scheme was challenging due to the needed recipient signature.

The Remo conference platform allowed guests to “virtually” visit different tables, which added to happy-hour fun. They would use a different platform, like Zoom, next time so there’s less of a learning curve for guests.

Have a back-up plan

The guild’s auctioneer canceled with only a month to spare but luckily offered an outstanding replacement. Next time, they would have a backup in place just in case.

Go with a pro

A seasoned auctioneer was essential to sustaining the party energy while keeping the program moving.