Guilds Share the Ups and Downs of Going Virtual

The pandemic has resulted in many guilds hosting online fundraisers for the first time. We asked these guild leaders to share what worked well and what they would do differently at their next virtual event. Share your own virtual event successes or learning edges in the Guild Association’s Facebook group page. 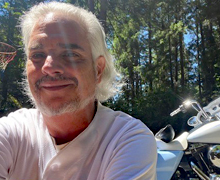 Imagine Guild members were excited to host their 25th annual motorcycle weekend event for Seattle Children’s and had already ordered participant pins and patches. In lieu of the postponed gathering, guild members are collecting contributions online, using the 25th year swag as a donor thank-you – promoting them as collector’s items to mark the “quarantine year.” Tip: If your event was canceled and you already ordered T-shirts or other promotional items, offer them as donor thank-you gifts or auction them off. 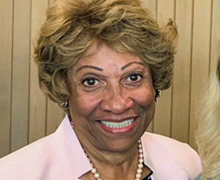 The Friends of Odessa Brown Children’s Clinic Guild’s fundraising team formed an event subcommittee focused on membership engagement and assigned guild members to act as ambassadors who reached out to friends, neighbors, coworkers and family members to participate in the event. They provided a timeline, checklist and contact emails to ensure success. Tip: Make sure your technology is in place and ready to accept donations from the moment you first advertise your event so as not to miss any early donations. Find a good online system that can be adjusted to fit your needs. 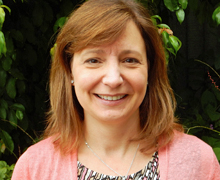 The day before the online auction, Project Kids’ Cancer Cure Guild members delivered guest party packages with ’80s-themed items and snacks to enjoy during the event. The guild saved so much money on venue and catering costs that they grossed more at their virtual auction than at last year’s in-person event. Tip: During the online auction, the on-site guild troubleshooter received multiple texts from well-meaning guild members every time they noticed something amiss. In the future, they will designate one person to communicate issues with the on-site person. 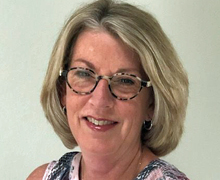 Friends of Alyssa Burnett Center Guild auction organizers punctuated their evening with plenty of videos and special moments to keep the audience engaged and entertained. They suggest finding an auctioneer who really knows your organization and can speak personally about your mission. Tip: The learning curve can be steep, so be sure you have the right support to pull off a virtual event. It’s well worth the investment to hire a behind-the-scenes technical person to ensure the event runs smoothly. 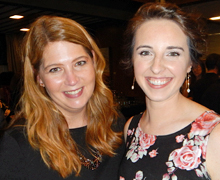 The Focus on Kids’ Laboratories Guild used Greater Giving software for online bidding, which was easy to use and encouraged competition. The software automatically texts a bidder when they have been outbid on an item and includes the name of the new top bidder. After the first day, the guild removed bidders’ names to make raise-the-paddle amounts anonymous, which resulted in the names being removed from all bids. They won’t do this in the future because having names on bids helped drive competition between members and increase bid amounts. Tip: You can’t include wine in an online silent auction (though you can if it’s live). Guild members are saving wine donations for their next in-person event… hopefully next year.