The health and development of a child's mouth and teeth are as important as any other part of the body, yet tooth decay is the most common chronic childhood disease.

Washington's 1-year-olds are five times as likely, and its 2-year-olds more than twice as likely, as children nationwide to have tooth decay. Over half of the state's second graders have experienced dental decay.

From year to year there has been a roughly 10% increase in the volume of dental emergencies in Children's Emergency Department. Tooth decay in children is almost entirely preventable.

We have joined the University of Washington to provide dental services at the Center for Pediatric Dentistry.

Children's is a member of the Watch Your Mouth campaign to raise awareness about the importance of kids' oral health and frame the issue in terms of societal solutions.

Funded by the Washington Dental Service, the campaign promotes these important messages:

As a result, these medical providers can play an integral role in improving the oral health of their young patients.

The project found that early identification of children at high risk for dental disease is critical to prevent more expensive treatments of progressed disease. 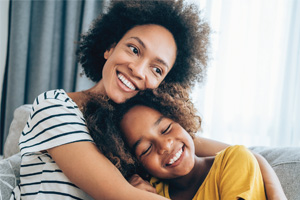