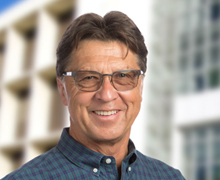 Genetically engineered hematopoietic stem cells are a promising therapeutic strategy for treating a variety of conditions including HIV infection, cancer, and inherited disorders such as hemophilia and thalassemia's. A common method of transferring new genes or gene-editing components into cells, to provide novel functions, is by transduction of engineered lentiviral or other vectors. A limitation to this approach is low efficiency. Getting more vectors into cells faster would save patient and clinic time and therapeutic product, resulting in lower-cost, higher-safety treatment.

Dr. Torbett and collaborators are improving transduction of hematopoietic stem cells to increase delivery efficiency. This work is based on their extensive basic research on viral movement through cells from binding and entry via surface receptors to passing through the cytoplasm and nucleus and assembling and releasing new particles. They have identified multiple small molecules that facilitate the entry of viral vectors into mouse and human cells. For example, Dr. Torbett's group is studying polyphenols as transduction enhancers based on their results showing that the resveratrol-like compound caraphenol A dose-dependently increases gene delivery and genomic integration into human cells. The researchers found that caraphenol A acts facilitates viral escape from endosomes into the cytoplasm.

The Torbett group is screening for and identifying other small molecules such as prostaglandin E2 to add to their toolbox of small molecules that enhance transduction. Based on results showing that rapamycin also enhances viral vector entry into cells, Dr. Torbett is studying the effects of other compounds that act on the mTOR pathway. These multiple possibilities support future use of combinations of compounds to synergistically increase transduction efficiency.

This approach is widely applicable to a variety of gene carriers, including viral-based vectors and virus-like nanoparticles. The small compounds boost transduction into a variety of cells including other types of stem cells and T cells for CAR T therapy. This method has promise for both research and clinical applications. In addition to improving gene therapy and delivery of gene-editing tools into cells, increasing transduction efficiency using small molecule agents could facilitate using of hemopoietic stem cells for protective functions. In this scenario, vectors would deliver genes for immunoadhesives – proteins that B cells would produce from introduced genes—to bind and neutralize specific pathogens. This work is in proof-of-concept stage in the Torbett lab.

The Torbett lab is developing these methods for multiple types of stem cells and for applications in CAR T cell therapy. Dr. Torbett is interested in partnerships that translate his extensive expertise in basic viral processes to applications that either inhibit viral pathogens or enhance use of viruses or virus-like particles for gene delivery to the nucleus.