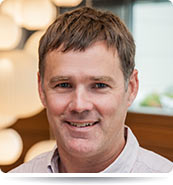 Around the world, 30 million people are infected with HIV. Preventing the development of AIDS in infected patients requires an expensive regimen of multiple antiretroviral medications per day. Chronic daily therapy is difficult to implement for certain patients and in some settings, and long-term antiviral therapy has side effects. Even with successful antiretroviral therapy HIV-infected cells remain and HIV rebounds immediately if antiviral therapy is discontinued. Dr. Thor Wagner and colleagues are working on cellular therapy as a strategy that might control or eliminate HIV from the body. If successful, this might allow HIV-infected patients to discontinue daily antiviral medications.

The treatment is based on chimeric antigen receptor (CAR) T cells. T cells are an immune system component that attacks abnormal cells – for example, cells that are cancerous or virally infected. Interaction between receptors on the surface of T cells and molecules on aberrant cells activates a targeted immune response directed by T cells. CARs are T cell receptors engineered to have an extracellular domain based on an antibody that binds to cancer or viral marker, linked to an intracellular domain designed to activate the T cells, which leads to killing of cells with the marker. CAR T cell therapies for some cancers have shown a dramatic increase in patient survival, compared to standard chemotherapy. In some clinical trials CAR T cells persisted for years. These features suggest that CAR T cells have potential to be an effective long-term HIV treatment or cure.

Wagner is currently funded by the National Institutes of Health to test the CAR T cells in vivo, using mouse and primate models of HIV. He is interested in partnerships to further develop and conduct clinical trials of cell-based therapies for infectious diseases, including HIV as well as other significant infections such as tuberculosis, and EBV-associated post-transplant lymphoproliferative disorder.