With recent advances in genetic sequencing techniques, there has been a surge in understanding human developmental brain disorders rooted in the dysregulation of genetic pathways that control tissue growth and maturity. Several pathways leading to brain abnormalities in children have been implicated in adult cancers, necessitating the in depth characterization of the genetic modes by which these brain disorders develop, with morbidities including brain growth abnormalities, malformations of cortical development, autism and epilepsy. 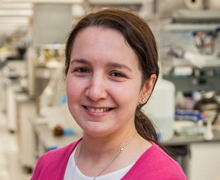 Work conducted by Dr. Mirzaa has focused on elucidating the role of the PI3K-AKT-MTOR pathway and characterizing its up and downstream signaling cascade in relation to brain disorders. Specific disease areas of interest to Dr. Mirzaa include megalencephaly, focal cortical dysplasia, and hydrocephalus. Significant findings from Dr. Mirzaa’s past work have led to the characterization of four genes associated with megalencephaly (CCND2, PIK3CA, PIK3R2, and AKT3) and two others linked to microcephaly (CENPE and STAMBP). Ongoing work focuses on characterizing both the genotypic causes and phenotypic expression of brain disorders through use of Next Generation Sequencing (NGS) techniques. Additionally, special emphasis is placed on the detection of low frequency genetic variation and pathway dysregulation using high throughput genomic, transcriptomic, and proteomic methods to facilitate molecularly targeted therapeutic trials.

While Dr. Mirzaa is predominantly focused on the role of PI3K-AKT-MTOR in brain malformation, this pathway has implications in much broader disease areas, including metabolic and cardiac disorders. Dr. Mirzaa has previously helped validate novel inhibitors developed by industry for this pathway, and is interested in continuing work such as this. Additionally, Dr. Mirzaa’s work has led to the collection of an extensive bio repository of brain tissue samples from patients with a multitude of brain disorders, which she is interested in leveraging as a tool in developing new diagnostics and validating pharmaceutical targets.