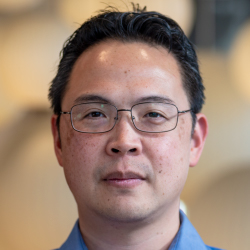 "My passion is to merge technology and clinical insight to build next-generation tools for understanding and improving the lives of children with autism and other developmental conditions."

The mission of the Seattle Children's Innovative Technologies Laboratory (SCITL) is to bridge computer science, engineering, and developmental and clinical science in order to advance new tools for understanding and improving child mental health. Our current work leverages non-invasive technologies to study eye movements and brain activity in a quest for new biomarkers that can help us better understand natural variability, inherent mechanism, and response to treatment in conditions such as autism spectrum disorder (ASD). Other research platforms we use include mobile apps, video games, and social robots. Our work has been funded by the National Institute of Mental Health (NIMH), the Institute of Education Science (IES), Simons Foundation, and Autism Speaks and involves collaborations with Yale University, University of South Carolina, and the Karolinska Institute.