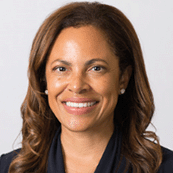 At Seattle Children’s since 2022
MHA, The Ohio State University

Jamie Phillips is senior vice president and chief operating officer of Seattle Children’s. In this role, she supports the overall system and clinical business operations and oversees government relations, marketing and communications.

Phillips holds a master’s degree in health administration from The Ohio State University and is a fellow of the American College of Healthcare Executives. She is the recipient of numerous awards including the Ohio Diversity and Leadership Multicultural Leadership Award and the YMCA Cincinnati Black Achiever Award. She has also served as an adjunct professor for the Undergraduate Healthcare Management Program at Franklin University.