Overgrowth diseases are rooted in the dysregulation of genetic pathways that control tissue growth and maturity. Depending on the location of dysregulation, overgrowth syndromes can express as disproportionate growth of extremities or tumor formation. However when seen in the brain, there can be severe neurological pathologies including autism, impaired cognition, and epilepsy. One of the more common overgrowth disorders, megalencephaly, is estimated to be expressed in 2% of children and is often associated with autistic characteristics. Treatment currently involves managing symptoms, leaving the underlying disease process unaddressed. 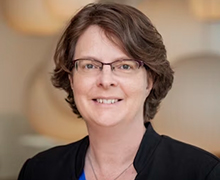 One branch of Dr. Millen’s research focuses on genetic brain overgrowth diseases that have varying pathological expression depending on when the genetic pathways are activated. Mutations in the catalytic subunit of phosphoinositide 3-kinase (PIK3CA) and other PI3K-AKT pathway components have been associated with cancer seen in adults, and a wide spectrum of brain and body overgrowth are usually caused by gene dysfunction starting in utero. In the brain, the phenotypic spectrum of PIK3CA-related segmental overgrowth includes bilateral dysplastic megalencephaly, hemimegalencephaly, and focal cortical dysplasia, the most common cause of intractable pediatric epilepsy.

Additional disease areas of interest to Dr. Millen include human cerebellar malformations such as Dandy-Walker malformation, cerebellar vermis hypoplasia, and rhombencephalosynapsis. These disorders are caused by disruptions of brain development during early embryogenesis and are often accompanied by other birth defects, including hydrocephalus and agenesis of the corpus callosum. Understanding the genetic dysfunctions that cause these malformations is critically important in helping manage symptoms and developing long-term treatment options.

Dr. Millen is interested in using her animal models in pursuit of testing new treatments for brain overgrowth and cerebellar malformations, with an emphasis on understanding the link between these diseases and epilepsy. Additionally, her lab group maintains a robust mouse development program that could be used to produce disease models using transgenic techniques.