COVID-19: Only 1 visitor or caregiver at clinics; 2 allowed for inpatients. Learn more about visitor restrictions and vaccine availability.

Diverse Teams at Seattle Children’s Prove They Can “Hack” It 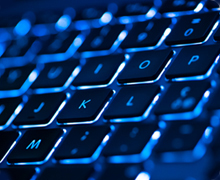 In today’s world, pairing words like “data” and “hack” in a sentence may cause panic, but the Seattle Children’s Enterprise Analytics teams had something more positive in mind when introducing the Data Innovation Hackathon in 2018.

“Much like the idea around life hacks that you can view on the Internet – coming up with a creative solution to make life easier – we wanted our hackathon events to provide an opportunity for folks to ‘hack’ away at an idea, solution or innovation that they haven’t been able to address in their regular day-to-day work routine,” says Ashley Squiers, senior program coordinator for Seattle Children’s Enterprise Analytics.

Taking a Cue From Tech

Hackathons have become a standard way for technology companies to break down silos, innovate for their customers and improve the company’s operations. They bring together teams of people with diverse skills to spend a couple of days focused solely on a problem or project. They are not, however, a common practice in healthcare.

The Seattle Children’s Enterprise Analytics teams decided to change that.

The format and structure of the hackathon event was carefully planned after conducting thorough research of similar events in other industries and determining ways to make the events unique to Seattle Children’s.

During the hackathon events, nurses, doctors, pharmacists and parents of Seattle Children’s patients joined forces with data scientists, analysts and developers – with the assistance of sponsors Microsoft and Slalom – to address a problem in hopes of making a difference for patients, families and staff and faculty members.

“Since our staff and faculty members offer such diverse backgrounds and expertise, we wanted to design these events to encourage collaboration across different areas and foster innovation through the use of new tools, products and data,” says Nigel Hartell, principal systems architect for Seattle Children’s Enterprise Analytics. “We hope these events can drive solutions to problems that transform care, accelerate research and streamline operations.”

Before they could host each hackathon event, organizers – Squiers, Hartell and Ryan Sousa, chief data officer – needed to evaluate the feasibility of the proposed projects and help provide some guidance to maximize the chance for success for each team.

After receiving project proposals, the initial ideas were reviewed and an Innovation Lab was scheduled. This is a format in which each team has the opportunity to “pitch” their project idea to a panel and receive feedback, ask questions or look for additional teammates. The Innovation Lab is designed to prepare the teams for the actual event.

As judges, Hartell and Sousa asked the innovators – the teams pitching their project ideas – what kinds of technical support they needed and whether they were looking for additional expertise to add to their team. They also offered suggestions for the teams to consider.

Following the Innovation Lab, the teams came together for two days of dedicated and focused time creating practical prototypes in an environment that supports creativity. To date, 22 different teams have participated in the hackathon events – six teams in January 2018 and 16 teams in December 2018.

During the inaugural event in January 2018, a team addressed one of Seattle Children’s organizational goals to reduce the rate of central line associated bloodstream infections (CLABSI) in patients.

The team looked at the trends related to when CLABSIs occurred, including the demographics of patients who needed a central line and whether they developed an infection. Based on their work during the hackathon, the team began piloting the CLABSI Risk Stratification Tool in the pediatric intensive care unit in October 2018.

The tool may be able to predict which patients are at a higher-than-normal risk of developing an infection and what factors may contribute to that risk so the care team can be made aware and focus even more diligently on these factors to prevent the occurrence of infections.

“Even though my team will likely never have direct contact with patients, we saw this as an opportunity to have a real impact on clinical care by improving patient safety,” says Andy Cooper, Seattle Children’s lead data analyst and team captain for the project.

Another team addressed the ordering system for total parenteral nutrition (TPN), which is a type of specialized food given through a patient’s vein to prevent or correct malnutrition.

While the groups involved with TPN had made attempts to update and modernize the ordering system in the past, each time it had gotten stalled for a variety of reasons. This time, Dr. Rod Tarrago, chief medical information officer and the TPN team captain, wanted to break through the barriers and find a way to eliminate transcribing, faxing, copying and all the paper, while improving safety for patients.

Having dedicated time with a small group was the key to making headway with this project.

The result of their hard work – which extended into the weekend beyond the two days of the hackathon – was an electronic ordering system for TPN that went live in June 2018. In its first seven months, more than 5,000 TPN orders have gone through the electronic system. The new process has led to improvements in patient safety by eliminating transcription errors and has improved efficiency so the healthcare team can spend more time caring for patients and less time completing paperwork.

When the Enterprise Analytics team first introduced the idea of a hackathon, they had no idea the amount of interest they would get, especially from parents of Seattle Children’s patients.

“My ‘aha’ moment during the event in December was having a parent-led team submit an abstract,” says Squiers. “We were surprised that they wanted to participate and we were extremely thrilled to have them. They wrote a beautiful abstract and presented their case. It was incredible how much time and effort they put into it and how seriously they took this project.”

Although still early in the development process, the team plans to introduce an app that patients and families can use as a resource to communicate with their care team.

At the end of the two-day hackathon, the teams presented their ideas and shared their accomplishments with fellow participants, a panel of judges and an audience. The finale event shines a light on their innovations and the different ways to approach a solution. To foster friendly competition, the panel of judges chose a winning team – a challenging task since all of the teams have produced great work that can have an impact across the organization.

Real Results From “What If” Thinking

A hackathon may not be standard work for most departments at Seattle Children’s, but the teams that participated had nothing but praise.

“This process is really unique because it allows you to make a lot of progress in a really short period of time,” says Lara Hayden, Seattle Children’s Gender Clinic program manager and care navigator and hackathon participant. “This moved us farther in two days than what we were able to get done in two years.”

The team working on the TPN project also had a positive experience that has had a lasting impact.

“We brought our baseline expertise and we learned new skills,” says Tarrago. “Having all seven of us at the table was invaluable. There were no titles, no hierarchy. It’s just everybody working toward the same goal.”

It worked so well that Tarrago and his team have implemented a similar process for other projects they are working on. They also hosted a webinar in 2018 where they shared their successes with about 120 people representing 10 adult and pediatric hospitals around the world.

“The hackathon forced us to do things differently,” says Wendy Paul, pharmacist and systems consulting architect with Seattle Children’s Clinical Applications team. She participated in the TPN project during the first hackathon event. “It was out of my comfort zone. When something is uncomfortable, that’s when you see the biggest change, the biggest growth.”

Enterprise Analytics plans to host a Data Innovation Hackathon each year. Email the team for more information on the hackathon events and to find out how to become an event partner.